Finalborgo: the heart of the Finale outdoors

If Finale Ligure is now famous throughout the world as the “Outdoor Capital”, Finalborgo is undoubtedly the beating heart of the Finale outdoor movement.

Starting and finishing point for a thousand adventures on foot, by bike or on the wall, in Finalborgo specialized shops with the best outdoor brands await you, bars, restaurants but, above all, a truly unique atmosphere.

How about having a beer at the end of the day alongside a mountain bike or climbing champion or, simply, with boys and girls with the same passion from all over the world?

With its vast network of paths and imposing limestone walls, Finale Ligure and the Finale area in Liguria are the World Outdoor Capital!

A unique territory with landscapes of extraordinary beauty where, thanks to the mild climate, you can have fun all year round with many outdoor activities, from the slowest – suitable for anyone who wants to admire and learn about a territory inhabited by man since prehistoric times – up to those more adrenaline. In fact, 160 mountain bike trails and 4000 climbing routes in the Finale Outdoor Region area can be reached in a very short time from Finalborgo, the ideal starting point for all your outdoor adventures!

The offer of the Finale Outdoor Region for mountain bike lovers is truly crazy.

From the paths overlooking the sea to those immersed in the forest, from the technical routes of the highlands t

route of the 24h of Finale, one of the most fun and scenic in the area.

The Finale really has a great variety of trails, many of which have been over the years

protagonists of the Enduro World Series race held in Finale Ligure since 2013.

Many of the most famous trails in the area can be reached directly by bike from Finalborgo.

Alternatively, it is possible to take advantage of the dedicated transport services to climb to the top or guided tours with a guide that start from the Finale Outdoor Base, a few steps from Porta Testa.

To find out more www.finaleoutdoor.com/it/mtb-and-emtb Finalborgo for outdoor sports: in addition to mountain biking, you can practice trekking, trail running and free climbing all year round.

Before becoming one of the most important destinations in the world for mountain biking, Finale Ligure became famous for its limestone walls. The pioneers of Climbing Finale began to trace the first routes in the late 60s, but it was in the 80s that Finale became a real point of reference thanks to the activity of passionate bolters who equipped numerous routes and wrote the first guides , the first specialized shops opened in Finalborgo, becoming real points of reference for climbers who began to arrive from various European countries but not only.

Finalborgo is the ideal place to start a day of climbing independently or with the Alpine Guides: some beautiful cliffs of the Finalese can be reached directly on foot, while others are only a few minutes away by car or bicycle.

What is certain is that a day in part would not be the same if it did not end at the Borgo in front of a beer, or snooping in its fantastic outdoor gear and clothing shops!

Finalborgo is also the ideal starting point for pleasant walks. You do not need to be expert walkers to find yourself in a short time catapulted into a truly unique context, testifying to an ancient past. Starting from Finalborgo, the center of the power of the Marquisate of Carretto, you can easily reach Castel San Giovanni, Castel Gavone, the remains of Castrum Perticae, the early Romanesque chapel of Sant’Antonino. Or you can choose to reach the Village of Souls, a protohistoric castle dating from the final Bronze Age to the early Iron Age.

The area is also rich in naturalistic suggestions such as the Ivy Grotto or the Three Friars.

The Caprazoppa itineraries are also very suggestive, a fabulous environment from which it is possible to reach the wonderful church of San Martino and the villages of Verezzi.

There are so many possibilities for trail running lovers but certainly one of the most loved and exciting routes is that of the “Trail del Marchesato”, a race starting and finishing from Finalborgo that brings mountain running enthusiasts to run on the path ” Ermanno Fossati ”, touching on some of the most evocative places of this magnificent area. 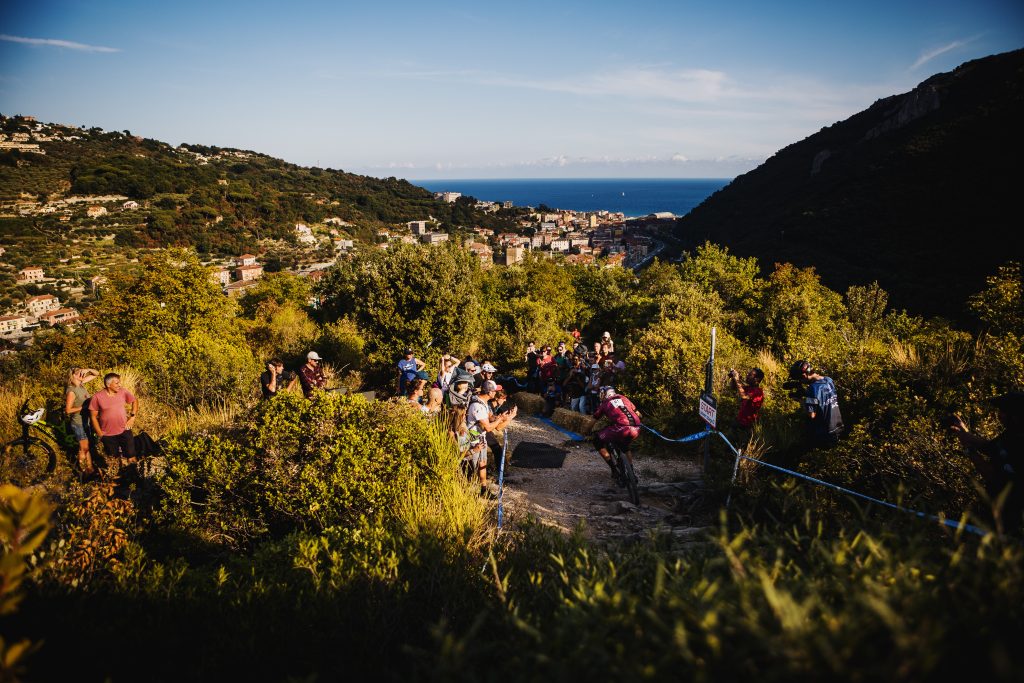 Finalborgo:
many services for your enjoyment and for your outdoor holiday

At Finalborgo every sportsman feels at home, thanks also to a series of services at his disposal.
From shuttles to mountain bike and hiking guides, from bike rentals and all kinds of equipment to bike rooms in hotels and holiday homes.
Everything is carefully prepared for your enjoyment.

Finalborgo, the World Capital of Outdoor,
waiting for you!